It was revealed that Croatian central midfielder Domagoj Vida spent 45 minutes in football while testing positive for the coronavirus. Players are regularly tested for the virus, but due to test timing and match schedule, positive test results were not delivered prior to the start of the match.

The Croatian Football Association issued a statement detailing the incident.

“The medical service of the Croatian national team received initial information at the end of the half-time interval that there is one potentially positive result. This is a common testing procedure and the 'suspect' result is retested to confirm the result. "

"Since the selector Zlatko Dalic had already made the decision to replace Vida at that time, the national team's medical service isolated Vida for all epidemiological indicators until the test results were confirmed."

Vida will now self-isolate for a set period while the rest of the team and negative staff travel to Stockholm to face Sweden in the League of Nations.

The question of whether international football should develop in the current environment is controversial. While players continue to be screened regularly, spending too much time with other players outside of the typical club bubbles can increase the likelihood of any infection, if any, spreading.

Inter Milan CEO Giuseppe Marotta went so far as to say that international football should be "boycotted".

“This is an unfair situation. The lack of centrality in this mode of governance is a gray area. Thus, each local health authority becomes central to the management of the clubs ”, - said the CEO of Inter in an interview with the Italian newspaper Gazetta dello Sport.

"I go further, if I come across a positive case, and this is the general management of the situation, then I say, let's boycott the national teams." 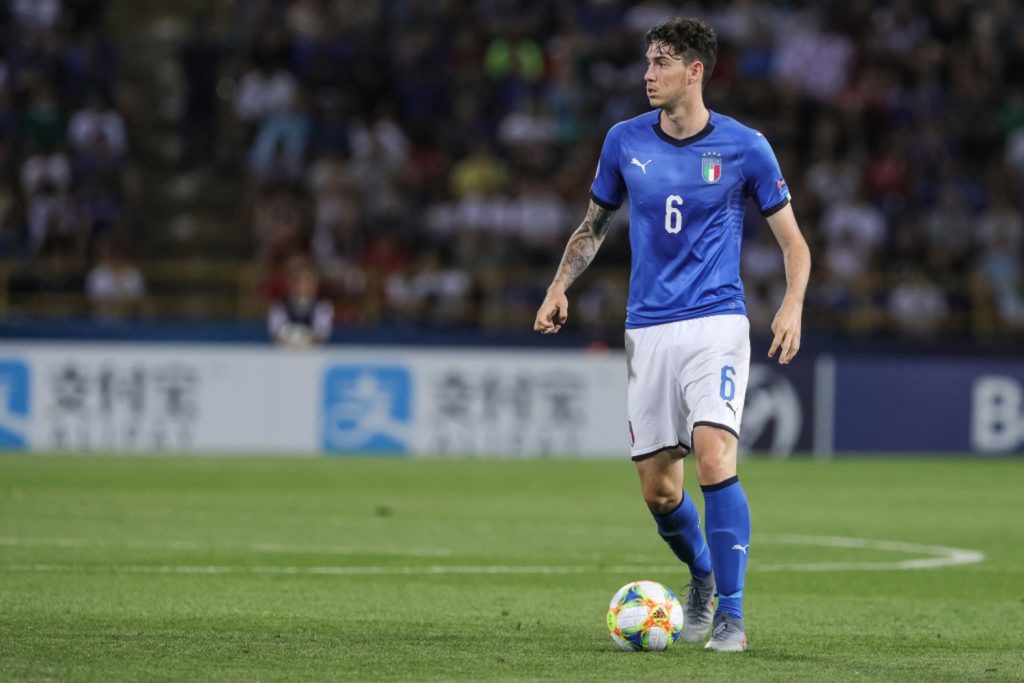 Alessandro Bastoni (Italy) U21 during the UEFA U21 Championship match between Italy and Poland at the Renato Dall & #039; Ara stadium on June 19, 2019 in Bologna, Italy. (Photo by Emmanuele Ciancaglini / NurPhoto via Getty Images)

"Yes, I'm serious. This is about trusting the system. Football must continue, it suits everyone, and then the government must help us and establish certain rules. "

“If we need time to stop, I suggest everyone stop for 15 days, set clear and level rules for everyone, and then we start again. This is bad for the whole of Italian football. "

Italian football is in trouble with a virus already hitting matches. Juventus' game against Napoli did not take place due to the fact that the club from Naples could not travel due to the outbreak of the disease in the region. Juventus won 3-0, while Napoli was forced to concede.

Ronaldo tests positive for coronavirus again, so he will miss the match in Barcelona / How Juventus settled without the Portuguese